The major role of air purifiers is to actually clean the air around you and free the surroundings from any foreign bodies that might affect your health. It’s extremely simple to think that since the apartment is always closed, not many contaminants reside within.

This assumption is, however, not fully true. The air within the apartments and homes can be contaminated and unclean. It’s because pollutants and dirt can sneak in through ventilators, doors, and windows, therefore, having a negative effect on the indoor air.

So, you require the top air purifier that you can locate in the market to remain safe from the dangers of air pollution. Luckily, Winix somehow manages to always stay on top of everything with innovative products. However, the long Winix products list frequently leaves people in complete confusion. It’s for this reason that we bring you the comparison between Winix 6300 2 vs 5500 2. We desire to assist you in selecting between these two tried and tested products that can assist in addressing the indoor air pollution issue.

The comparison of the 6300 2 vs. 5500 2 pits 2 of a few of the top air purifiers available on the market against one another; they’ve not just been tried and tested by a huge number of people who can attest to their efficiency but also have numerous certifications from numerous regulators.

The 5500-2 and 6300-2 are practically the same units in recommended room size, dimension, and much more. They do, however, have some differences which might or might not influence the decision on which product to buy. Disregarding cost, we point out the disparities that exist between the 5500-2 vs 6300-2.

What’s the disparity between the Winix 6300-2 and 5500-2? We look into the details of the specs, advantages, and disadvantages of each of the two machines and also compare their weaknesses and strengths. And when we are finished, we then assist you in making a decision on which product to go for.

Winix is a well-known manufacturer of premium air purifiers. All their units are built with commercial standards, so you ought to anticipate additional performance. In this regard, both Winix 5500-2 and 6300-2 are the flagship models. The machines have similar dimensions, premium air filtration, and smart features. So, what’s the difference between the Winix 6300-2 and 5500-2? Let’s find out!

The Winix 6300-2 has a four-step air purification cleaning process that gives it an edge in capturing both large and small pollutants, irritants, and allergens. It doesn’t stop at that; it is also able to capture pet dander and other furry residue using its pre-filter.

The 6300-2 comes with up to five fan speeds which it can utilize interchangeably, relying on the chosen performance power. In the 6300-2 four-stage filtration procedure, the first one is the washable pre-filter for trapping big foreign bodies and some smaller particles.

The next one is the activated carbon filter for filtering odors and gasses. In a similar set-up, it features a true HEPA filter installed which traps even smaller foreign particles of up to 0.3 microns, and finally, the ionizer, which makes use of plasma technology to neutralize bacteria.

Because the 6300-2’s carbon filter isn’t washable, you’ll need to change it a little more often than you’d like (every three to six months). But if that’s no issue for you, then you can go ahead and purchase the Winix 6300-2.

The 5500-2 comes with a washable carbon filter, while the carbon filter of 6300-2 isn’t washable. Otherwise, such two purifiers are the same in almost all features and specifications. The 5500-2 has up to five fan speeds.

It also features four modes, just like the 6300-2. The four modes it has comprised; sleep mode, auto-mode, Turbo mode, and manual mode. The power voltage, power rate, and filtration stages are all similar to the 6300.

Therefore, the winner for this comparison is the 5500-2 because of the washable carbon filter that’ll assist you in saving on the filter replacement charges. One other exceptional feature with both the Winix 5500-2 and 6300-2 is a moveable manual remote control. The remote has handy when you desire to operate the machine from a distance.

Winix 5500-2 and 6300-2 are devices from the same category. So, the majority of the features and technology of both the devices are effective and very similar. From the table given above, it’s clear that even their dimensions and size are the same. In this guide, I’ll talk about the things that make such units similar and a few key disparities between them. So, I suggest that you read the entire guide before finalizing the purchase.

The last few Winix air purifier gens have been design-driven. The quality and performance of Winix devices are more efficient, more durable, and stronger than ever before. The air purifier’s body uses durable plastic and utilizes metal components as required.

It guarantees that the air purifier stays protected from environmental hazards like corrosion and mold. Winix 5500 and6300 have similar color schemes, dimensions, and designs. The elegant black color offers an extremely professional look to the unit.

So, the new air purifier will go well with each theme in homes and offices. Furthermore, their structure is a work of art. The people cannot stay back but praise the modishness of such air purifiers.

At first look, it’s difficult to notice a difference between Winix 5500 and6300. The main cause is that people received the 5500-2 very well. So, Winix chose to keep the signature look on the newer machines.

The only method of distinguishing between these two is to have a closer glance at the control panel and filters. The control panel of 6300-2 has some improvements that only professionals can notice. Overall, both Winix 5500 and 6300 have a minimalistic yet stylish look.

The simple control panel and black color can improve the beauty of the interior. Furthermore, they’ve a design that resembles a few of the high-end deluxe air purifiers in the world. So, any of such nits will certainly become a piece of attention for the guests.

The 5500 and 6300 have a 4-stage filtration system. These days, manufacturers are trying to comprise as many filters as possible to increase the efficiency of their devices. For example, the higher stages number can get rid of more contaminants and provide clean air at a quicker rate.

In this regard, Winix stays ahead of every other manufacturer with the Plasmawave technology. So, if you compare the competence of any Winix air purifier with any other manufacturer, Winix is always the champion. For the sake of simplicity, I’ll explain the advantage of each of the four filtration stages:

The first stage of the filter has a basic mechanical filter. It has over two thousand micro-holes to filter out solid pollutants like animal hair, soil, and dust from the air. It’s a lasting filter, which denotes that you can wash it each month instead of purchasing a new one.

The second filtration stage is the most effective. The modern air purifiers aren’t competent without at least one true HEPA filter. It traps small particles of the size up to 0.3 microns without blocking for numerous months. However, it’s a disposable filter and ought to be replaced as soon as it indicates on display.

The 3rd air purifier stage is after the HEPA filter. Air is free of the majority of solid particles but still has VOCs, smoke, and odors. Therefore, this filter acts like a magnet and draws carbon-containing particles from the air.

The majority of air purifiers end filtration at the activated carbon filter, and the air is pushed back into space. But what about viruses and bacteria? Therefore, Winix is one step ahead of the majority of other air purifiers. They make use of UV lamps to break down the DNA of all dangerous microorganisms in the air.

As you may have seen, the Winix 5500-2 is quite similar to the Winix 6300-2. The one game-changing thing that makes the Winix 5500-2 better is the washable activated carbon filter. This filter is disposable in the majority of air purifiers and needs replacement every four to six months.

The mode button lets you switch between sleep and auto mode quickly. In the auto mode, the machine makes use of the data collected by the smart air quality sensor, and the fan speed is attuned according to the contamination level in the space.

However, none of the control panels have any way of monitoring the space’s current air quality. Likewise, the sleep mode decreases the levels of noise, dims the machine lights, and sets the fan speed low. The Plasmawave switch is available in the middle of the control panel.

According to research, the Plasmawave can have an effect on the respiratory system of a few people as it triggers allergic reactions and asthma. Therefore, Winix lets the users control the Plasmawave according to their preferences. The fan speed button is beside the Plasmawave switch.

You can pick from a bonus turbo setting and four-speed levels. The amount of power utilized by the air purifier relies on the fan speed. Reducing the fan speed will decrease the filter rate but enhance the energy efficiency, whereas a higher fan speed improves the performance and appends more to the electricity bill.

The final button is the timer switch. You can pick between one, four, and eight-hour settings for automatically switching off your machine. Lastly, the check filter pointer tells you as soon as it’s time to replace the true HEPA filter with the new filter. The reset button is helpful to recalibrate your machine whenever you install the new filter. Otherwise, the check light would not switch off.

This small difference can simply become a decisive thing when selecting between two of the most powerful Winix air purifiers. A few people have also experienced a little breeze when sitting close to the air purifiers by Winix. It’s because the powerful fan boosts the airflow, making it a little cooler. Similarly, the 4x ACH rating of both such devices permits them to run four times per hour. It permits clean air to circulate in the space every fifteen minutes and guarantees that new air quality is maintained.

Winix is a renowned manufacturer of hard-wearing air purifiers. Most businesses and industries make use of Winix products for their advanced features, low maintenance cost, and higher performance. For example, no other manufacturer in the world offers the Plasmawave technology in its products.

In this regard, both 5500-2 and6300-2 are some of the most useful air purifiers available out there. So, individuals are frequently confused about which one to purchase for their office and home. Therefore, in this guide, I’ve explained the key differences and similarities between the two.

Overall, the 5500-2 is a little better than the other products. However, it does not denote that the Winix 6300-2 isn’t worth purchasing. In brief, the success of the purchase relies on what you desire from the air purifier.

Both the machines are quite similar in terms of color, design, features, and performance. However, the Winix 6300-2 has eight-activated carbon filters and can cover up to four hundred square feet of space in under thirty minutes.

On the contrary, the 5500-2 comes with a washable activated carbon filter, and the smart air sensor is optimized for the huge number of contaminants. So, both the machines are effective and powerful if utilized for the right purpose.

The Plasmawave technology is a highly developed air filtration system that makes use of negative and positive charges for filtering the air. First of all, the particles are given a charge, and an opposite charge is made on the filters. As a consequence, the contaminants are drawn to the filter. Similarly, the negative ions go through the viruses and bacteria at the DNA level, and they die. 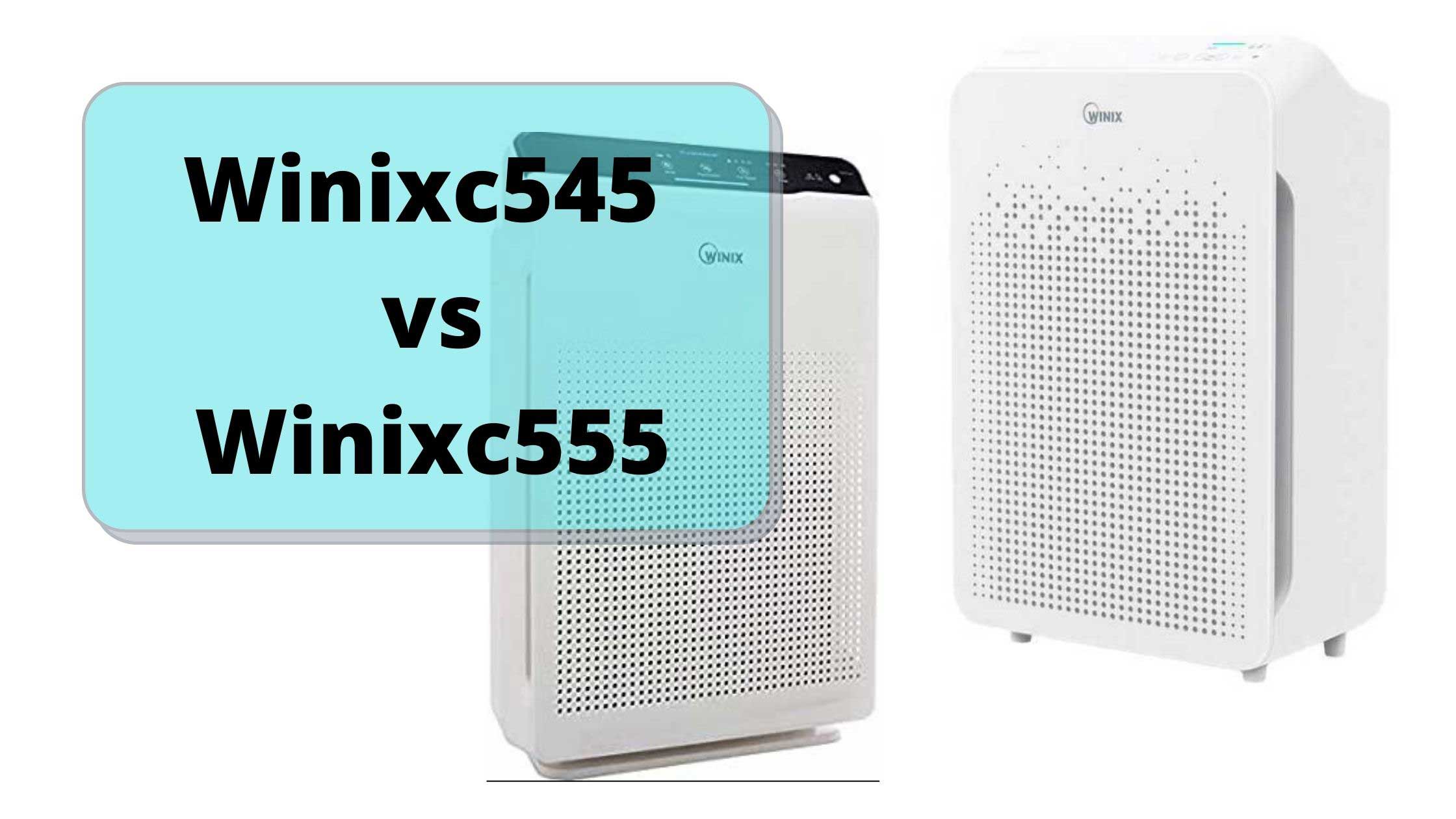